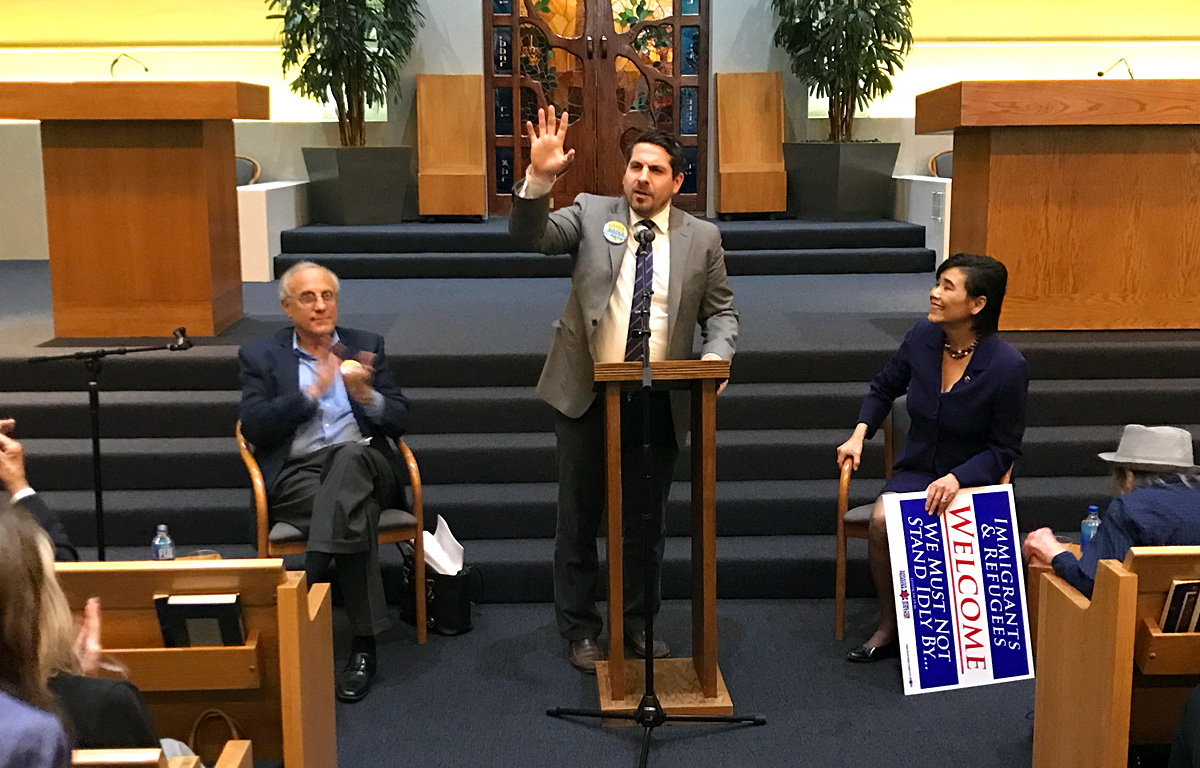 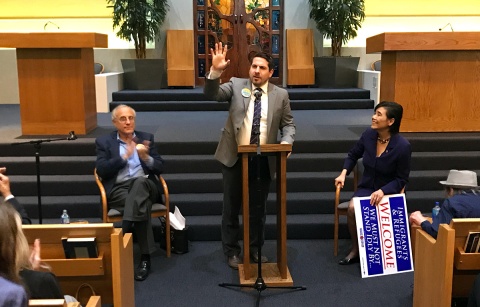 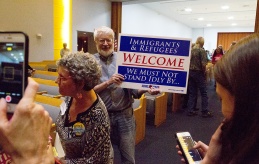 Over 300 members of Pasadena Jewish Temple and Center and the local community, gathered at our temple to hear first-hand from their elected Congresswoman, Judy Chu, on a wide range of issues. Rabbi Noam Raucher and Cantor Ruth Berman Harris started the meeting off with a spirited set of songs before the crowd warmly welcomed the Congresswoman and her staff.

The Rabbi then thanked Ms. Chu for attending, noting that in today’s political climate, many elected officials are choosing not to stand before their constituents. After opening remarks, a lively discussion followed with the Congresswoman, covering issues such as immigration, climate change, women’s reproductive rights, healthcare, Israel policy, tax reform, and progressive organizing strategies.

PJTC Social Justice Committee chair Rabbi Marv Gross took the podium to present Ms. Chu with a pro-refugee sign from Greater Pasadena Jews for Justice and called on the audience to join in attending the May Day March in Downtown LA.  Rabbi Raucher brought the meeting to a close by thanking all who attended, PJTC members as well as neighbors and friends of all faiths who showed up to participate in this important civic dialogue.

Thank you to all who attended.