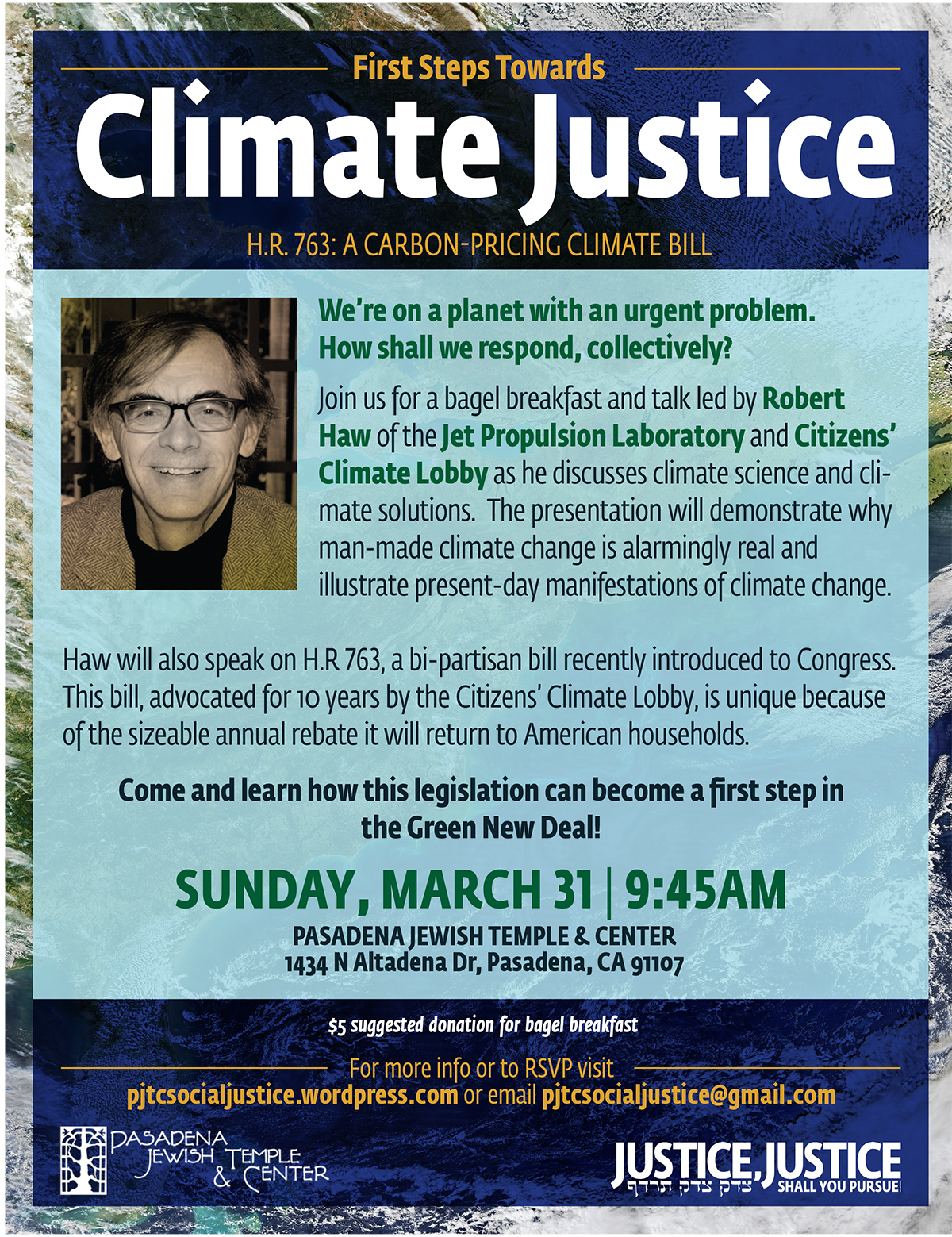 We’re on a planet with an urgent problem. How shall we respond, collectively?

Join us for a bagel breakfast and talk led by Robert Haw of the Jet Propulsion Laboratory and Citizens’ Climate Lobby as he discusses climate science and climate solutions. The presentation will demonstrate why man-made climate change is alarmingly real and illustrate present-day manifestations of climate change. Haw will also speak on H.R 763, a bi-partisan bill recently introduced to Congress. This bill, advocated for 10 years by the Citizens’ Climate Lobby, is unique because of the sizeable annual rebate it will return to American households. Come and learn how this legislation can become a first step in the Green New Deal!

A physicist by training and a graduate of Stanford University, Robert Haw has been employed at NASA’s Jet Propulsion Laboratory for 25 years as an interplanetary navigation engineer. He’s currently working on SMAP, an Earth-orbiting spacecraft monitoring soil moisture levels around the planet, and for the Mars Sample Return program.

In 2011 Robert co-founded the Pasadena Foothills chapter of the Citizens Climate Lobby, an organization devoted to building the political will for a livable planet. He has spoken frequently to elected representatives and public audiences in the San Gabriel Valley about both the urgency of addressing global warming, and practical, affordable, and bi-partisan solutions to it.